I am honored to have the Stephen Bly Family Writing Team as guests on my blog talking about Stephen Bly’s final book Stuart Brannon’s Final Shot. 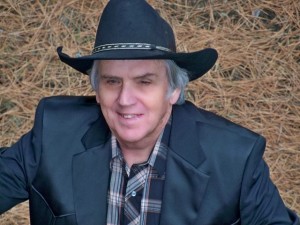 Stephen Bly was a phenomenal author who inspired writers everywhere to put their words on paper. He passed away on June 9, 2011. His wife, Janet Chester Bly, and his sons, Michael, Aaron, and Russell completed his book Stuart Brannon’s Final Shot. I am excited to chat with the four of them about this writing adventure, but first, let’s find out a bit about the book…

Finishing Dad’s novel was a family affair. Can a committee create fiction? We had the passion and four months to find out.

It’s 1905. Two orphans flee from Oregon’s Tillamook Head. One of them is branded a hero. Dare they tell the truth and risk the wrath of a dangerous man? Meanwhile, a retired lawman searches for his missing U.S. Marshal friend while he grapples with the game of golf on behalf of a celebrity tournament.

And now for our interview with Janet, Michael, Aaron, and Russell…

What did you like the most about Stuart Brannon: The Final Shot ?

Russell: Being part of the process of writing a book is exciting.

Michael: I love that Brannon has stuck to his principles and is still ‘fighting the good fight’ and ‘keeping the faith.’ His methods may be a little out of place in the modern world of the 20th Century, but the same guiding principles apply. And, he golfs!

Aaron: I really enjoyed getting to not only re-introduce myself to the characters of the original novels but to also be a part of creating additional stories for them. It was empowering.

Janet: Getting Steve into the book through his sons, through using as much of his own writing as we could. Getting a more intimate look into Steve’s favorite character. The journey along the frontier of this man’s soul was like peering into my husband’s.

Any frustrations over the doing of it?

Russell: Of course the obvious one, not having Dad there.

Michael: I would have liked to be able to spend more time during the process (I’m pretty sure I’m not the first person to want more time!). With jobs and families and responsibilities, it isn’t easy to dedicate all the time you’d like to a project, even one as important as this.

Aaron: Only frustration was the fear that we wouldn’t be able to match the story writing ability that my dad possessed — that we’d let him down somehow. But I think we gave it our best.

Janet: The short length of time. We didn’t have ‘rest’ time to see the manuscript fresh. Had to turn it in after a frantic few days of critique and re-write. I was thankful that we were able to include some changes before the final print stage.

What were some of the surprises?

Russell: Finding out how much of a ‘team’ that my parents were while writing.

Michael: It was great to see Mom in action! I’ve never seen her take charge of a writing project first hand or had the chance to witness her process. Maybe not a surprise that she could do it, but happy to see her go about it with such skill and determination.

Aaron: Given the circumstances and the time constraints, I think we did a pretty good job. I’m especially proud of some of the plot elements that presented themselves as the story unfolded.

Janet: I’m still astounded we actually got it done. All three sons stayed engaged with the project though they all had different areas of input. Also, am grateful I didn’t obsess over or get overwhelmed by the impossibilities of the task or the inevitable judgments on the quality of the finished project by our peer group. I only knew without a doubt that this was our appointed task.

What was the most enjoyable or satisfying part of the process of this project?

Russell: The most enjoyable part was hearing Mom talk about how Dad would think, process and write the stories. The most satisfying was seeing her take over and continue it as a Stephen Bly novel.

Michael: It was a family project, so it was great to spend time with family. . .especially as we were mourning the loss of Dad. Stuart Brannon was Dad writ large in a cowboy western landscape; at least, Brannon was who Dad would have wanted to be if he had lived in those times. As we witnessed Dad’s final chapter on earth, it was fitting to then write Stuart Brannon’s final chapter.

Aaron: Finishing it and knowing that our dad would have been proud (even if he would have done it differently).

Janet: Working with my sons. Knowing I was laboring on behalf of someone I dearly loved and missed. Doing the actual prime writing of fiction after so many years of coming alongside my husband as partner, editor, co-author and marketer. Knowing we’d complete an unfinished task, his 106th book. Also, some welcome healing took place in the midst of all the creating, the laughter and the occasional stab of tears.

If you had to do the whole procedure over again, what would you do different?

Russell: Finishing the book so soon after losing Dad made it a little hard for me to offer as much input as I would have liked. I think if there were a next time, I would like to get more involved in the actual writing.

Michael: I can second-guess a hundred things, but ultimately we wrote the novel we set out to write. If Brannon fans enjoy the book and feel like it closes out the series well, then it was done the right way.

Aaron: Given the same amount of time, I wouldn’t have changed anything. But if we had unlimited time, we could have ‘tweaked’ some story elements and characters a little further and tightened things up a bit.

Janet: Though we didn’t do it perfectly, I believe we did the best that we could. I don’t regret any part of how the book evolved.

What did you gain the most from being part of crafting this novel?

Russell: An insight into the life of a writer. In this case, the life of a very special writer. I am continually amazed at the hard work and dedication to this project that Mom has shown throughout this project. The tough circumstances and potential roadblocks have shown me and my brothers not only how important she was to Dad’s books, but that she will have no problem with her career going forward.

Michael: I gained confidence as a writer, but also had the great learning experience of being closely involved in the complete novel writing process. On a deeper level, it helped as we mourned Dad’s death. Coming together as a family, remaining dedicated, and getting the job done. That’s what Stuart Brannon would have done and that’s what Steve Bly would have done. It was gratifying to be given a chance to play a part in a family tradition. In addition, I wish I was more like Stuart Brannon. Not surprisingly, my wife wishes the same thing. But I hope to someday be the kind of man who ‘will do to ride the river with.’ Don’t we all?

Aaron: For me, it was very therapeutic in dealing with the loss of my father, who was also my best friend. I was able to come together with my mom and my brothers and discuss something that was intrinsically my dad’s and take it as our own, both in a figurative and literal sense. I think we all benefited from this experience.

Janet: The satisfaction of taking on an incredible challenge and completing it on time. We’re so grateful to the publisher for extending Steve’s original deadline so we had some months to work on it. It was a bitter-sweet experience to do the research trip to Gearhart, Oregon, to retrace the steps Steve and I had taken together. This time I had to pay attention to details, rather than take a vacation. Sunsets over the ocean. Fish dinners. Visiting the old golf course Steve had played. Driving along the beach. These weren’t moments to relax and refresh. In the crush to create, to write in a flurry, I had to play catch-up to my prolific husband who knew the geography and history so well.

Thank you so much, Janet, Russell, Michael, and Aaron for being my guests. I have great admiration for your family.

Bios: Janet Chester Bly has authored and co-authored with Stephen Bly thirty nonfiction and fiction books, including Awakening Your Sense of Wonder, Hope Lives Here, The Heart of a Runaway, The Hidden West Series and The Carson City Chronicles. She lives at 4,000 ft. elev. in Winchester, Idaho. Find out more at http://www.blybooks.com/ or http://www.blybooks.blogspot.com/

Russell Bly is married to Lois, father of Zachary and Miranda (married to Chris Ross), and grandfather of 1-year-old Alayah. He is manager of Deranleau’s department store in Moscow, Idaho.

Michael Bly is married to Michelle and is Director of Business Operations for Inland Cellular in Lewiston, Idaho.

Stuart Brannon: The Final Shot by Stephen Bly was released March 1, 2012 in hardback and ebook format and can be ordered through your local bookstore or online bookstore such as http://www.amazon.com/ http://www.barnesandnoble.com/ or http://www.blybooks.com/.

I love the fact that this book was written by the Stephen Bly Family Writing team. It truly is an honor to have them as guests on my blog. They’re giving away a copy of the book to one lucky commenter. Here’s all you do…leave an encouraging comment for The Bly Family Writing Team, and yes, anyone can enter, but confirmed subscribers receive two entries, so be sure to sign up to follow this blog, then check your email and confirm your subscription to be added to the subscriber list!) Giveaway ends on May 17, 2012. A winner will be chosen at random.

Penny Zeller is known for her heartfelt stories of faith and her passion to impact lives for Christ through fiction. While she has had a love for writing since childhood, she began her adult writing career penning articles for national and regional publications on a wide variety of topics. Today Penny is a multi-published author of over a dozen books. She is also a homeschool mom and a group fitness instructor. When Penny is not dreaming up new characters, she enjoys spending time with her husband and two daughters and camping, hiking, canoeing, reading, running, gardening, and playing volleyball. She is represented by Tamela Hancock Murray of the Steve Laube Agency and loves to hear from her readers at her website, www.pennyzeller.com, her blog, www.pennyzeller.wordpress.com, and through her newsletter via https://dashboard.mailerlite.com/forms/262119/74964679867237940/share. View All Posts

Welcome to my blog it’s great to have you here!

Dreams of the Heart

Love in the Headlines

Where the Heart Is