Wow! I feel fortunate to be able to announce the winners of two books at once this week! And now, drumroll please…

The winner of Margaret Brownley’s book Dawn Comes Early is

KarenK and Sarah, the authors will be in touch with your shortly. A big thank you to everyone who entered. I so appreciate you! Don’t forget, there are still a few days left to enter to win Shannon Vannatter’s contemporary romance novel Rodeo Hero at this link: https://pennyzeller.wordpress.com/2012/04/12/interview-and-giveaway-with-shannon-vannatter/

Also, if you love historical romance, I am giving away a copy of my book McKenzie over at http://guidinglighths.com/book-review-giveaway-mckenzie-by-penny-zeller/ and a copy of Hailee over at http://daily-bible-reading.com/

Thank you for stopping by. Have a blessed day. 🙂

As you have probably figured out by now, I love announcing winners! Thank you so much to everyone who entered the recent giveaway of Carol Ann Erhardt’s suspense novel Trapped.

Brenda, Carol will be in touch with you soon. For those of you who didn’t win, I would highly suggest you order a copy at your favorite bookstore or online.

The giveaway for Margaret Brownly”s new release Dawn Comes Early is almost over! Be sure to stop by and leave a comment to win her book at https://pennyzeller.wordpress.com/2012/03/29/interview-and-giveaway-with-margaret-brownley/ and I’ll see you each Thursday for a new giveaway!

I am super-duper excited because I have author Margaret Brownley as my guest this week! Margaret is a New York Times Bestseller and she is going to be giving away a copy of her new book Dawn Comes Early. This book is already on my TBR list and after you hear about it, you’ll want to add it to yours too!

Margaret is giving away a copy of Dawn Comes Early to one lucky commenter (sorry, but U.S. residents only for this giveaway). Read on for the blurb… 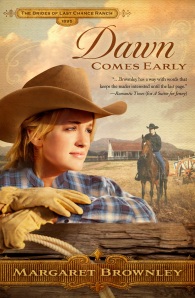 Looking for a woman of good character and pleasant disposition willing to learn the ranching business in Arizona territory. Must be SINGLE and prepared to remain so now and forever more. Will be given ownership of ranch. -Eleanor Walker

Disgraced dime novelist Kate Tenney fled the city that banned her latest book for a fresh start at a cattle ranch in the Arizona Territory. She hopes ranching turns out to be as romantic as she portrayed it in her novels.

But what awaits her is a much harder life. There is no room for mistakes on a working cattle ranch in 1895, and Kate is ill-prepared for her new life. She quickly learns that dawn comes early . . . every day. But she is tenacious.

Having been abandoned by a string of men, Kate has no intention of ever marrying. But she didn’t expect to meet Luke Adams either. Luke awakens feelings inside Kate she doesn’t recognize, and his steady presence is a constant distraction. She has only written about love in the past, never known it herself. But her feelings for Luke stand in the way of all she has to gain if she is chosen as the heir.

Perhaps God brought Kate to the barrenness of the desert to give new life to her jaded heart.

Isn’t this just a fantastic cover? And now, let’s take a minute to meet the author behind the book…

Thank you, Margaret, for being my guest this week. What was the inspiration behind your latest book? The idea for Brides of Last Chance Ranch series came to me after reading an old newspaper article in the New York Times dated 1891. A group of fifty ladies of the First Church of Milford formed a society of old maids in 1861. Each member vowed she would not marry.  Each woman paid five dollars on admission with the principal going to the one who remained unmarried the longest.  Thirty years later all but fifteen of the original had married. I was never able to find out who won the prize—and sincerely hope no one had— but the concept intrigued me and I couldn’t stop thinking about it.

Dawn Comes Early is the first book in the series. So what does a disgraced dime novelist know about cattle?   According to the hero, “Not a dern thing—and that ain’t all she don’t know.”

I love the book of Luke too! How does your faith influence your writing? Faith is an essential part of who we are and that shows up in every aspect of our lives.  One of my frustrations in writing for the secular market was not being allowed to explore a character’s faith (or lack of it).  I don’t think it’s possible to fully develop a character without including his or her relationship to God.

Everything that happens to us changes our faith in some ways, sometimes for the better, but not always.  The same is true of our characters. We know to hold a protagonist’s feet to the fire, but sometimes forget to show how the experience affects spiritual matters.

You’ve written many books! Do you have a favorite? My favorite book is always the one I’m currently working on, which happens to be the third book in the Brides of Last Chance series.  Once a book is completed I tend to put it out of my mind.

If you suddenly were given one million dollars to start a new charity, what type of charity would you launch and why? It would have to be something with children. More money is given to animal causes than children’s charities and that bothers me.  I love animals (and there’s a lovely dog named Homer in Dawn Comes Early), but I love children more.

I definitely agree with you, Margaret. Children are so precious and need to be cared for and protected. How can readers connect with you? I’m on Facebook and Twitter and you can reach me through my website: http://www.margaretbrownley.com

Margaret’s bio: Thrills, mystery, suspense, romance: Margaret penned it all. Nothing wrong with this—except Margaret happened to be writing for the church newsletter. After making the church picnic read like a Grisham novel, her former pastor took her aside and said, “Maybe God’s calling you to write fiction.”

So that’s what Margaret did. She’s now a New York Times bestselling author and a Romance Writers of America RITA finalist with more than 25 novels to her credit

The first book in her Brides of Last Chance Ranch series “Dawn Comes Early” will be published March 2012.  The book will be followed by Waiting for Morning and Afternoon Tea.

Margaret’s also excited to announce that her non-fiction book “Grieving God’s Way: The Path to Hope and Healing” will be published in July—not bad for someone who flunked 8th grade English.  Just don’t ask her to diagram a sentence.
Thank you so much for being my guest, Margaret. It’s been an honor to have you share about your book with my blog readers!

And now, here’s all you have to do for a chance to win a copy of Dawn Comes Early…leave a comment for Margaret (and yes, anyone can enter, but confirmed subscribers receive two entries, so be sure to sign up to follow this blog, then check your email and confirm your subscription to be added to the subscriber list! Sorry – this particular giveaway is open to U.S. residents only). Giveaway ends on April 5, 2012. A winner will be chosen at random.

Don’t forget to join me each Thursday for interviews and giveaways from some of my favorite author friends! 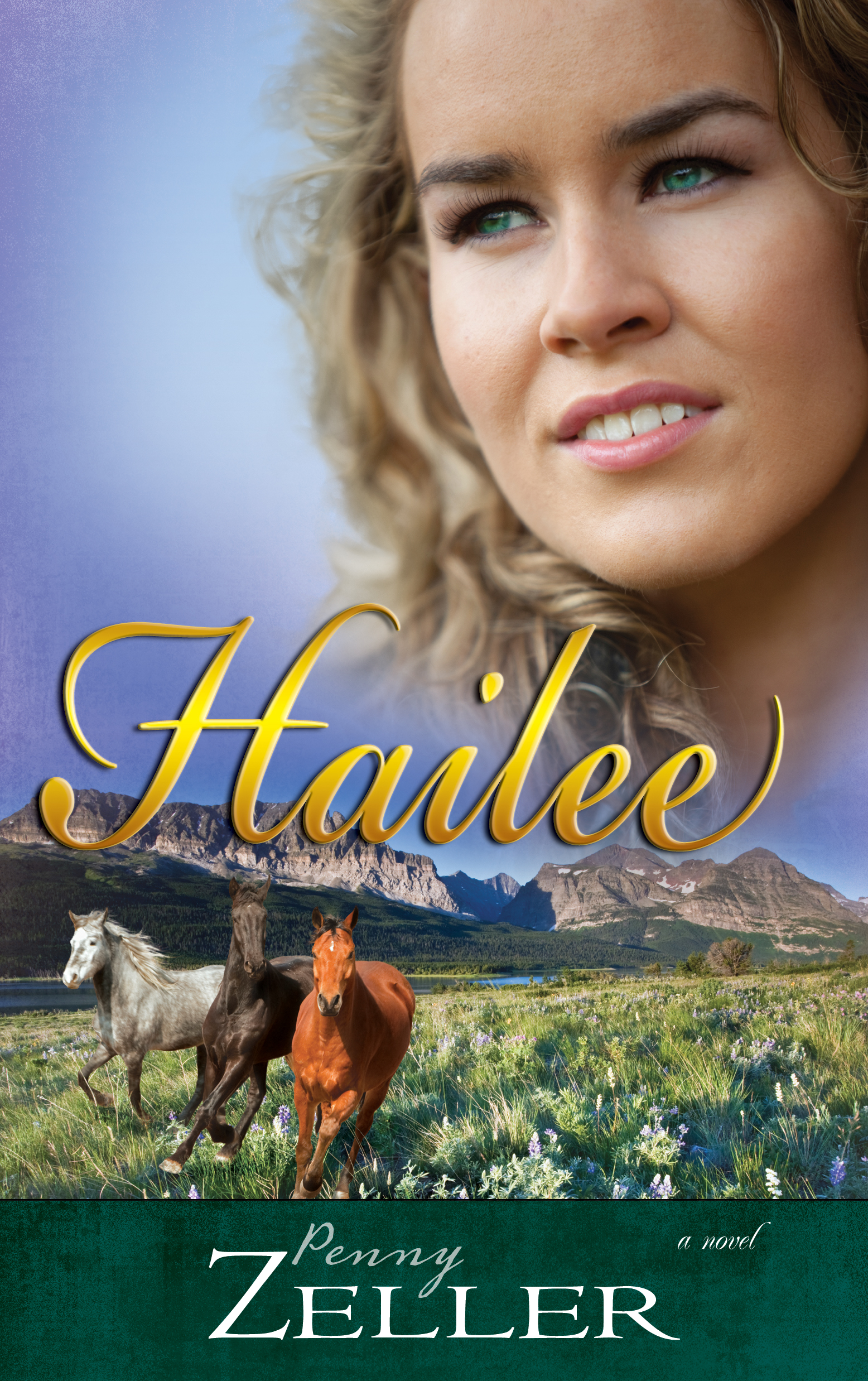